This week I chose to read Rouse's The Giant Crab and other Tales. It seemed like slightly different versions of the same tales that are in Babbitt's Jataka Tales.

I think I like Babbitt's more just because they seemed like an easier read. However I loved comparing and contrasting the two. I would love to know why the differences between the two were there. I ended up basing my story from the Talkative Tortoise that was in both versions.

I don't have a lot of recap notes because I feel like i've written out all the stories before. But I really appreciate having multiple sources to read. The stories also remind me of Aesop's fables since there is usually some sort of take away lesson.

The image I chose seemed fitting because it looks like the Tortoise is talking. 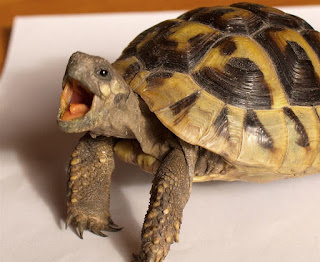 I really didn't do much reading. I need to do more to finish up for the last bit. I'm still gathering as many points as possible (might as well). Plus, the reading has been fun and I am excited to read and explore more. I'm a bit sad this class is ending.

I liked the new story I wrote for this week. Once again I involved one of my cats, which tickles me pink. I easily amuse myself and it is fun to imagine them in different scenarios. I've really enjoyed reading everyone else's work and seeing the changes they choose to make. There are so many creative changes I Would never have thought of. It's amazing the differences between thought processes.

This is the last class stuff I have hanging out. I am feeling ready for the break, although I think I won't be able to enroll for spring (finances). So i'll be taking a break and coming back later. We will get to the finish line eventually!

Outside of school there has a been a lot of work. Jerry finished up his soccer season. His team finished 4th I believe (out of 10). We are going into the last couple weeks of choir. The homeschool choir will perform the 14th I believe and we will be done. I can't wait.

Next week I'll do some more work for this class, and then breathe. We have most of our Christmas decor up. It's my favorite time of year so I am ready to enjoy it. 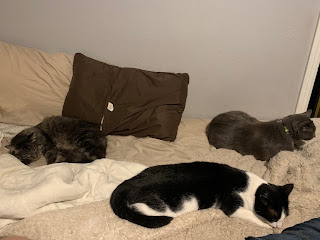 (Image of my 3 boy kitties being bed hogs)

Posted by Dorothy Osborn at 11:48 AM No comments: 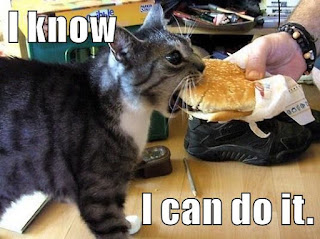 I  chose the image because I feel like it is fitting. Getting to the end of the semester can be overwhelming and make you feel like you should give up. It's the time to push through hand finish strong.
I chose the Video about Hindu Gods in Japan. I don't know why, but I wouldn't have tied these together. 4,000 Hindu followers in Japan sound like a lot. I like how things build so the fact several Japanese Gods are based on Hindu Gods is fascinating. What a neat video!

Posted by Dorothy Osborn at 11:40 AM No comments:

NOW IN THE  PORTFOLIO:  https://sites.google.com/view/dorothysportolio/the-chatty-cat


Once there was a young siamese cat named (Moaning) Myrtle. She was named for the fact she was constantly chattering. She was very sweet, it was just excessive. It had gotten to the point most of the other cats avoided her so they wouldn't have to listen. She did have a couple friends of squirrels that would visit from time to time. One day they came and said: "Myrtle! Why don't you climb the trees with us! It is a gorgeous view that you will never get to see if you stay way down there!" "Oh! How wonderful! But how am I supposed to get way up in the tree?" Myrtle was excited but very worried. The trees are tall, and she was such a little cat. She had never climbed THAT high. "If you pay close attention I bet you could climb this high without any problems!" The squirrels chattered back. "I think I can do that!" Myrtle said determinedly. She started following the squirrels up the tree. "Now, remember to pay attention! You have to make sure you have a good hold each time you move your paw!" The squirrels reminded her. Myrtle made it a good way up but still had more to go. She realized how far she had climbed and got excited. "Hey guys! It's working! We've made it almost all the way!" Soon as she started talking she stopped paying attention. She went to move her paw and her claws didn't dig in as well as they should. She fell down from the tree. Luckily, being a cat, she landed on her feet. It was a hard enough landing for her to decide not to go that high. She realized she had an issue and decided she would work to change it. Her squirrel friends were happy she was okay, and proud that she realized she had a problem that could have cost her her life. 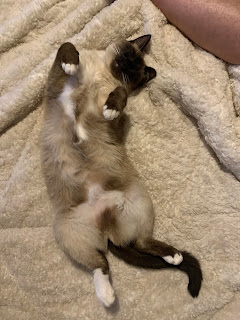 I took the story The Talkative Tortoise and once again changed it to about my cats. The version of the Tortoise was about the Tortoise being stuck in a pond so his geese friends offered to fly him to the mountains. There he could talk without bothering anyone. They had decided the geese would carry a branch and the turtle would bite down on the branch so they could fly him with them. However when it came to the flight, he heard people making comments about it. He opened his mouth to talk back and fell to his death. I changed the story to my talkative cat Moaning Myrtle. She is a typically siamese who loves to talk, which is how she got her name. I am also a huge Harry Potter fan so it fit well. I didn't like the ending of the turtle dying though. So I changed it to cats landing on their feet and learning a lesson.